Well kind of.  It was part Ryan Lewis/part my work’s amazing drinks fridge/part my commitment to winning a lip-sync battle (especially with a few beers on my side).

I actually can’t get enough of this song; it’s the “Happy” to my 2015. As a side note, I think I might be the only person in commercial radio who STILL voluntarily plays that song in her spare time. By choice.

But seriously what is wrong with this guys legs? And why did I think I should attempt to nail this in front of my peers?

Holy shit! Does he NOT have feelings?

This move is not only impossible to anyone who has actual bones – and large ones at that – in their legs, it’s also a very, very dumb idea to attempt in your new favourite shoes. 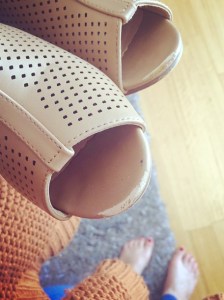 That wasn’t even the worst of it. I got carpet burn on one knee, a bruise on other, and to top it all off I didn’t even WIN!

In saying all that, I can’t promise I won’t try it again. I can’t help it.  Blame Ryan Lewis.